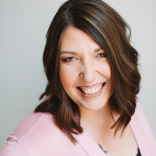 I am a shameless woman because I have been shamed. I am strong because others thought I was weak. Dark corners with locked doors sheltered me while music played through cheap headphones covered their words. My mother lifted me up with positive affirmations, but they were lost in the sea of destruction created by my peers.

I am a shameless woman because I have been bullied and a victim of gaslighting. I am strong because those who feared my confidence sought to tear me down. They thought they had triumphed, and they nearly did.

I am sitting on the swing set. The elementary school’s playground is blanketed in snow that flows in hilly mounds like waves frozen in motion. The chains sing an off-key tune as they rub back and forth on bolts. I’m alone today. My two friends are missing from class and no one else wants to play with me.

I sit for a moment and wonder at the game. These are the girls who laugh behind our backs — who say I am too big, my best friend too small, and our other friend too poor. I scan their faces. Dirty blond curls fall like a waterfall atop two of the girls’ heads and the third has her dark brown locks pulled back in a perfect, tight ponytail. “Okay,” I finally say and tentatively walk over to them.

“You have to fall face down in the snow, first,” the leader says.

I’m frozen in place. The thought of the cold, wet snow hitting my face does not appeal to me. “You have to fall face down in the snow if you want to play with us,” repeats the girl. Her earmuffs fluff out her curls and give her an innocent look, and I decide to trust her.

I raise my arms, hope my puffy snowsuit keeps me warm, and plunge face-first into the unmoving waves of the playground. For a second the world goes quiet. I imagine the fort tunnels my parents helped my sister and I build at home. Deep in the tunnels, sounds fade away. It is peaceful. A cold fortress meant for silent dreams. Suddenly, like a gunshot ringing out, ugly laughter enters my ears. I sit up, wiping the snow from my eyes, nose, and mouth. When I can finally see again, the girls are several yards away cackling at my gullibility. They used an icepick to chip away at my already fragile self-confidence.

Cold metal pierces through my clothes and I shift uncomfortably in my desk. We just finished a spelling test and my fourth-grade teacher has told us to hand our papers to the person behind us. I’m in the last desk in the last row. I brought my test to the teacher. When the papers stop shuffling and seats stop creaking beneath shifting bodies, the teacher begins.

My memory wraps everything in darkness except for her. “D” she calls out. She begins to mock my writing, using an exaggerated motion with her arm, red pen in hand, as she forms a cursive d in the air. I don’t remember the word. I don’t remember what she said. I just remember her mocking face, the swooping of her arm, and the giggles across the classroom.

I think of this moment for years. Every time I finished a sentence with a word ending in d. Like a horror film playing over and over until I stop writing in cursive altogether. I shrink away from English assignments until my tenth-grade teacher reverses the damage with her positivity.

My parents moved my sister and me to a private school. We’ve been here for almost two years. It is casual day, and everyone has discarded their uniforms in favor of jeans and t-shirts. We sit at desks with brown dividers. They remind me of a three-sided box on legs rather than school desks. Our classroom is made up of seventh to twelfth graders. Two of the older students come over to my desk, swooping in like hawks diving for prey. They stand on either side of my box and request to borrow something. It requires searching through my backpack stored at my feet. I push my chair back and bend forward. My jeans, a bargain find, do little to hold in my thighs and they spread across the chair like melting Jell-O.

The boy, a handsome troublemaker, whispers over my head to his pretty girlfriend, “Oh my god, she’s fat!”

I always perform a sit test now before making a commitment to purchase a new pair of jeans.

It’s our senior year of high school. An army recruiter has come. He sits at a picnic-style table in the commons area of the school. A slender girl with lean muscles and a large bust sits next to him. Another girl, slender, but with some baby fat left and blond hair down to her waist, is on the other side of the table. The recruiter has a list of our classmates’ names. He’s asking the two girls about different students to help him gauge who he should approach.

“Oh, you don’t want her. She’s fat,” the lean muscled girl says when the recruiter comes to my name.

“Shut the f**k up,” the blond girl scolds. She’s a friend and later tells me about the encounter.

A few years later I see the other girl in the mall. She is almost unrecognizable. Her lean muscles and slender waste have been replaced by ample curves and a belly that jiggles as she walks. I think about walking up to her and saying, “Oh, my, you’ve gotten fat.” Instead, I look away, walk by her without comment, and chuckle quietly to myself at the karma.

Years of incidents like those just described led to self-doubt, a lack of self-love, believing I was not worthy to be in a relationship because I wasn’t perfect, and serious thoughts of suicide as a teenager. When I finally began to gain confidence in my relationships, the self-doubt transferred to my businesses. Confidence, once diminished, must be regained through self-affirmation and actions. It is something to be worked on every day. Negative words have to be put through filters and changed to become confirmations that you are on the right path.

When you have something in yourself others envy, small-minded people paralyzed with fear will try to bring you down. They are trying to feel better about themselves. A person can teach with intimidation or they can teach with encouragement. You can choose to be crushed by the weight of those words and actions, or you can remember they are human with flaws, too.

I may have raised my hand and praised karma, but the once lean muscled girl could have been through something traumatic to cause her to gain so much weight. Was she a mother, exhausted, and just trying to get through her days? Had she lost a loved one and turned to emotional eating? We never know the pain in someone else’s life unless we take the time to learn about them.

The curly blond, who had once reveled in my face full of snow, later told me she had been looking to fit in. Like me, she had been trying to find a place in our world. Her siblings were already large in number during our elementary years and would later grow to nearly a dozen. It makes sense she would try to be a part of the popular crowd where she could stand out. Her individual identity was often lost at home.

I am a shameless woman because I have been shamed. Those who feared my confidence sought to tear me down, but they have lost. I am strong because they thought I was weak. I turned those words upside down and I am here to lead. I am here to be the light in someone’s dark room and the music in their headphones.

I am a shameless woman.

Get notified about exclusive offers every week!

Puzzles that Fuel My Passions

You can toggle right click protection within Theme Options and customize this message as well.

You can also add shortcodes here.